Are you searching for Karate near me 77449? Come jump on the mat here at Tiger-Rock Martial Arts school to learn with some of the best in the industry. Karate and 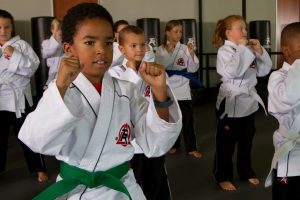 Come work with the best in the industry!

martial arts, in general, have so many benefits to offer. Take control of your life and learn special skills like self-defense, how to acquire an indomitable spirit, and how to enhance your overall physical fitness.

If you are looking for the perfect after school activity for your children, consider getting them into our kids martial art or teens programs. The earlier your children learn the principles of Karate or Taekwondo, the more advanced they will be in communication and other aspects of their life. Although the following are just a few of the benefits offered to children and teens, students of all ages can benefit from martial arts in the same ways.

Other Types of Martial Arts

This form umbrellas many fighting types, from martial arts-inspired aerobics routine to ancient Muay Thai. Unlike other martial art forms, elbows and knees are not permitted. This sport is usually a combination of boxing and Karate that includes strikes using only the hands and the feet.

The concept of Aikido is to use the offender’s energy against them to gain control. The student accomplishes this by a series of throws or joint locks. Additionally, similar to judo, this form is considered a grappling art that requires much less physical strength.

Bet you didn’t think that this popular sport would make a list, but boxing is, in fact, a martial art. This sport dates back to Egypt around 3,000 B.C. Additionally, this type of defense training does not permit hitting below the belt or using the feet. As a result, the student will build up upper-body strength, which can help detain or knockout the offender.

The translation for this unique art form is “contact combat” in Hebrew and strives for concurrent defense and attacks. The practice was developed in Israel and involves wrestling, grappling, and striking techniques. Additionally, it is known for its extreme brutal counter-attacks used to keep the practitioner safe and detain offender by any means.

This unique martial art originated in Brazil in the 16th-19th century and is combined with fighting, dance, and constant movement. Historically Capoeira was 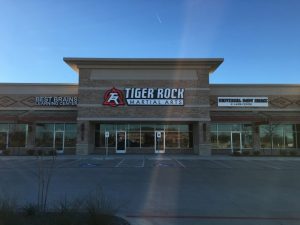 developed as a way for African slaves to hide their combat training with dance.

Things to Know About Martial Arts

Karate Influence in the Anime World

This style of the cartoon is known around the world for its heavy Japanese influence. There is also a lot of martial arts and meditation symbolism in this style of cartoon 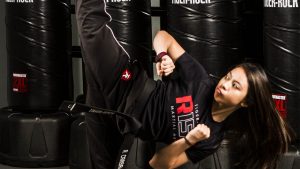 as well. Anime series such as “Legend of Korra” shows a lot of imagery related to meditating and being in tune with oneself.

Other series like “Naruto” shows the main character learning how to prove himself as a leader. With that, he must learn martial art forms such as jiu-jitsu. Furthermore, there are many other great anime series that have great messages that portray a lot of the principles you would learn practicing martial arts.

Tiger-Rock Martial Arts of Katy is here to support you and your family in the Katy area and the surrounding Houston area. We offer several martial arts training programs, including our tiger cub program for toddlers, a second child and teen program, and an adult martial arts training program. Remember, no matter the age, anyone can be a student. Give us a call at (281) 829-9300 if you are searching for karate near me 77449.