Are you searching for karate near me 77450? Tiger-Rock Martial Arts schools offer a myriad of programs 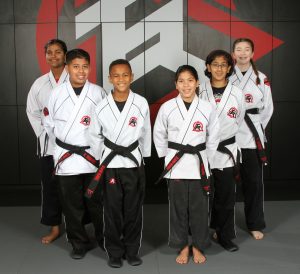 Anyone can be a student here at Tiger-Rock Martial Arts, no matter the age!

for everyone to benefit from. We provide classes for kids, teens, and adult students. In reality, there are many benefits when it comes to practicing karate. Additionally, these advantages include discipline, social skills, self-defense skills, and physical health.

The Origin of Karate

There is much debate over when exactly karate was developed. The general term has been used to umbrella many different art forms. Karate is believed to have been derived from Japan. The former term for karate was Okinawan Karate.

According to the Okinawan legend, karate started with a Buddhist monk by the name of Daruma. Legend has it that the great man came from India. The monk traveled across the Himalayan Mountains from India to the Shaolin Temple in Honan, a province in China. It was there, where he began to teach other monks his philosophies of physical and mental conditioning. Additionally, legend has it that his teachings were accompanied by exercises. Furthermore, these activities were for maintaining physical strength and self-defense.

It was fully developed from indigenous fighting methods called “Te,” which translates as hand. Karate is a striking art form that utilizes the punch, the kick, knee, elbow strikes. This Martial art also uses a lot of open-handed techniques such as “knife-hands,” better known as the “karate chop.” Additionally, grappling, joint locks, restraints, throws, and vital point strikes can all be taught in many styles. The term karateka is what you call a karate student.

Aikido: originating in Japan, this art form is performed by flowing with the motion of the offender. Rather than fighting straight-on, the practitioner directs the attacker’s force on to them.  The student accomplishes this by entering and turning motions.  Additionally, various throws or joint locks typically follow.

Jiu-Jitsu: is also a Japanese martial art that was created for defeating an armed and armored opponent. The practitioner will use no weapon or only a small one. Additionally, the student will neutralize any enemy with pins, throws, joint locks. This is another martial art form that focuses on using the offender’s energy against him/her.

MMA (Mixed Martial Arts): is a full-contact sport. MMA  permits several fighting styles in practice. Martial and non-martial arts techniques accompany this unique art. Striking and grappling techniques are a part of the practice, either standing or on the ground. Additionally, the sport began with traditional styles. Then the art transitioned and became multiple styles combined into one.

Taekwondo: is a Korean art of self-defense, one of the oldest forms of martial arts. It is one of the most prevalent martial arts today. Additionally, the practices involve learning a system of blocks, kicks, punches, and open-hand strikes.

Taekwondo also incorporates the many forms of take-downs, throws, and joint locks. All of these exercises enhance strength, speed, balance, flexibility, and stamina.

Krav Maga: developed in Israel, the practice involves wrestling, grappling, and striking techniques. These exercises are popular for efficient and brutal counter-attacks, which keep the practitioner safe. This means detaining the offender at all costs.

The Benefits of Karate

Things to Know About Martial Arts

Tiger-Rock Martial Arts is here to help you take control of your life. All of us need guidance and principles to 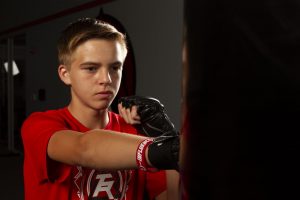 Let’s turn your kid into a champion today

stand on to keep us grounded. Karate is a great way to let off steam while also learning self-defense, communication, skills, self-discipline, fitness, and so much more. Give us a call at (281) 829-9300 if you are searching for karate near me 77450.