Are you searching for martial arts 77450? Look no further Tiger-Rock Martial Arts are all about assisting you in enhancing your quality of life. We offer a plethora of programs that everyone can benefit from children to teenagers and adults. There are many life-changing benefits in Taekwondo. Learn how to take control of your life while enhancing your physical strength and learn how to defend yourself effectively. 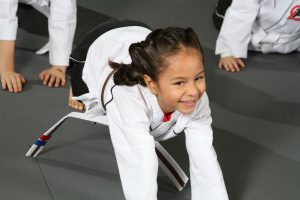 How Belts Work in Taekwondo with Tiger-Rock Martial Arts

Belts are used in most martial programs to award and display a student’s growth of the practice. Having a goal to set motivates individuals to train hard and master the art form.

The Tiger-Rock Taekwondo rank belt symbolizes personal accomplishment and dedication that should be worn with pride and integrity. New students start with a white belt. In reality, Tiger Rock rank progress is achieved through a mix of formal class attendance and passing standard Tiger-Rock Testing. Therefore, rank is only awarded on the basis of attitude, dedication to the Tiger-Rock spirit, honor, loyalty, integrity, and a formal test and maintenance of the individual’s physical and artistic skill.

Things to Know About Taekwondo

Overall there are six colored belts, but there are levels to get to each color. The colors reflect an inner journey that will never end for the student. Earning each belt is a significant accomplishment and worthy of true honor and respect. Additionally, achieving a belt isn’t about the period of time spent at the level; it depends heavily on proficiency in the current level, includes basic moves, sparring, and forms.

White Belt: As stated before, it symbolizes the student’s purity or ignorance of the practice.

Yellow Belt: This symbolizes that the seed is beginning to see the sunlight, which means that the student is starting to understand the basic principles of Taekwondo.

Green Belt: This signifies that the pine tree is starting to develop and grow in strength and power.

Purple Belt: This is an indication that the tree is in mid-growth, and now the path becomes steeper, which means that the student has crossed over into a higher level of Taekwondo.

Blue Belt: This signifies that the tree is reaching for the sky toward new heights.

Black Belt: Signifies that the tree has reached sophistication and has overcome darkness. The idea is the colors of the spectrum are bound together and are not reflected off an object, leading to the absence of color, which is black.

Taekwondo is broken down into three syllables. “Tae,” meaning foot, leg, or step on. “Kwon” means fist or fight while “Do” means the way or discipline. The idea of this art form was to use Tae and Kwon, which means fists and feet, or all parts of the body that represents these parts. Secondly, it is a way to mediate fights to keep the peace. Lastly, the concept derives from the meaning of Tae Kwon to put fists under control. Therefore, the actual purpose is the “right way of using all elements of the body to stop fights and assist in building a more tranquil world.

What are the Physical and Mental Benefits of Taekwondo?

Improves Mental Health. Taekwondo is a practice that requires mental discipline. The 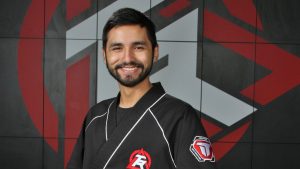 Come learn with some of the best instructors in the industry!

Builds Character. When training in Taekwondo, students learn how to build character by proving their cooperation, loyalty, integrity, self-discipline, and so much more.

Strengthens the body. Aside from the principles students acquire, they will also consistently practice in kicking, punching, sparring, stretching, etc. This builds up the body and enhances endurance, coordination, and flexibility.

Socialization Skills. Sparring and other elements of the practice require students to interact with their peers as well as adult instructors. Additionally, children will learn how to deal with a bully and how not to become one themselves.

Tiger-Rock Martial Arts is here to get you to the next level in life. With this practice alone, you can learn to have a more positive perspective on life, no matter the circumstances. If you are a spiritual being, you can even connect and become more in tune. With this ancient practice, you can learn to promote peace and discipline. Stop searching for martial arts 77450, and give us a call at (281) 829-9300.