Are you searching for Martial Arts 77494? Look no further; Tiger-Rock Martial Arts is here to assist you in improving your overall quality of life. The primary martial art form that we focus on is Taekwondo. 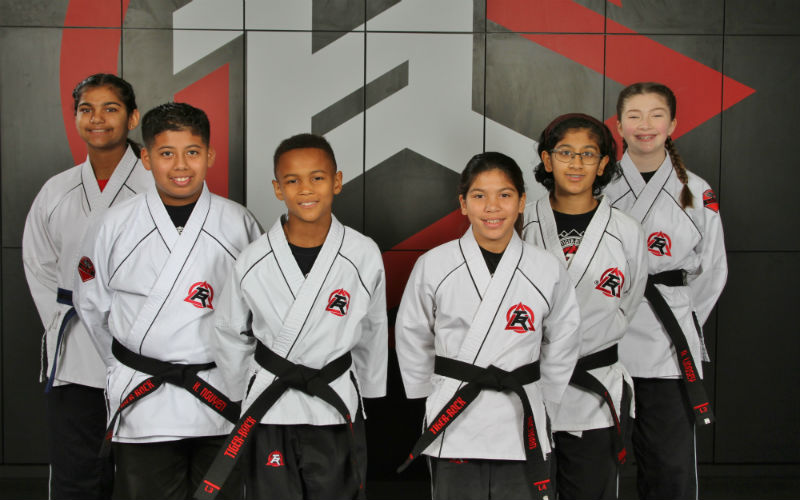 Taekwondo is one of the most influential styles of fighting in the world. Known for its character building, Taekwondo helps improve your self-discipline and enhances your social skills.

Health and Mental Benefits of Taekwondo

Here are just a few of the fantastic benefits Taekwondo can add to your life:

Coping with defeat: Taekwondo teaches students how not to gravel from their failures but instead learn from their mistakes. As we know, it is great to be competitive and want to win, but first place is not always a reality. Actually, many times it isn’t something we accomplish. In reality, most people do not like to be confronted with their weaknesses or times they didn’t achieve a goal or win a competition. It happens, do not let these circumstances discourage you.

Socialization Skills: Sparring and other elements of Taekwondo require that students interact with their peers as well as adult instructors. Children are also taught how to handle a bully and how not to become one themselves. 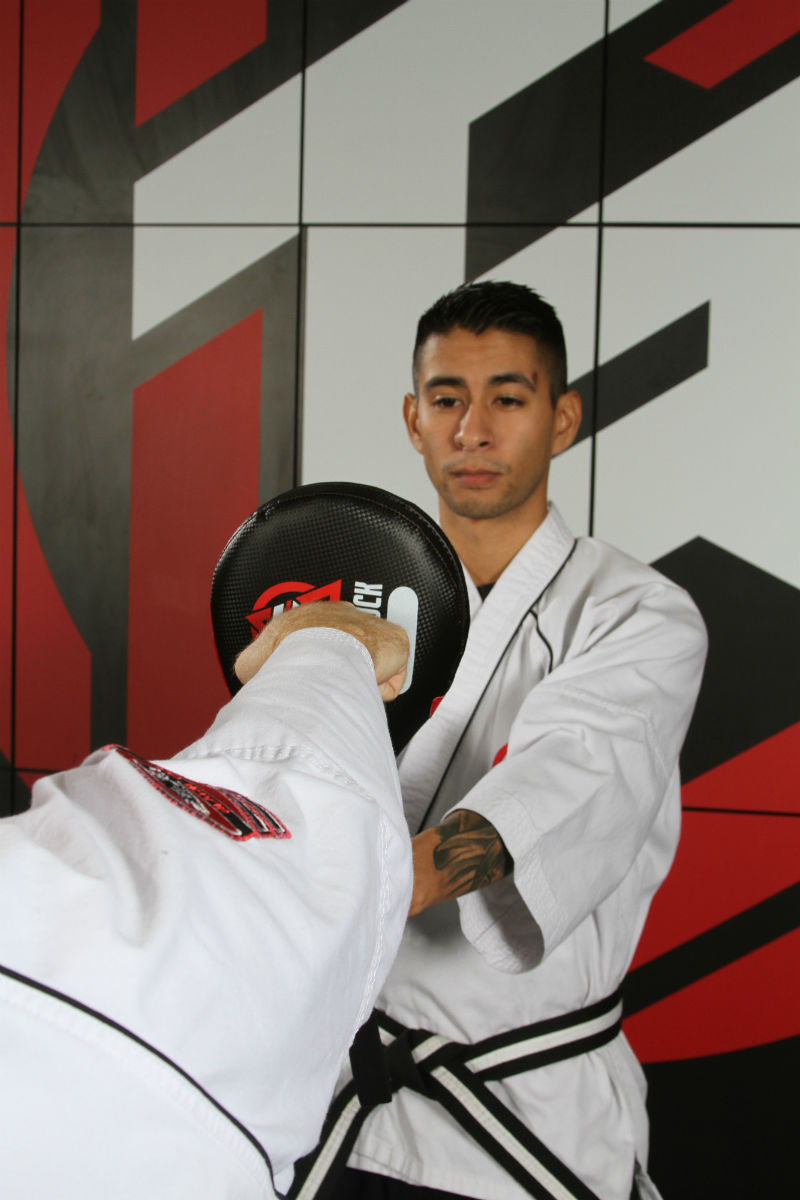 that motivate and inspire them is apart of the process. During each cycle, students will set goals that are most meaningful to them.

Taekwondo and its Influence on Film

Because this form of martial arts is so influential around the world, one can expect it to have a significant impact on film. Therefore, karate movies have always been a great way to peak one’s interest even more about the many art forms there are. Actors like Jackie Chan has assisted in making practices such as Taekwondo very popular in the west. Here are some of the few movies impacted by this art form.

“The Kick” stars members from the K-Tigers, which were a Korean Taekwondo acrobatic team. Additionally, the movie is centered around a Korean Taekwondo family who is being followed by a gang over an ancient Thai artifact called the Kris.

One of the finest martial arts films Ken-Lo and the legendary Jackie Chan. These two exhibited the best kicking around, utilizing the legs skillfully as one would use his or her hands. Strong, agile kicks with such superior balance, control, and flexibility are shown in each fighting scene.

Boyka had to fight a series of battles to gain forgiveness and free his dead opponent’s wife from the hands of the cruel mobster Zourab. One of the characters is a well-known fight choreographer and super-kicker known as Tim Man. The fights in this film showcase brutal yet graceful fisticuffs with agile and powerful kicking paired with duo flipping and so much more.

Karate. This art form most common and least complex of all. It covers many styles of self-defense that include kicks, punches, and open-handed chops.

Jiu-Jitsu. This art form was formed in China and Japan. This martial art is the head of aikido and judo. Additionally, all three martial arts involve grappling, a technique that involves fighting close in proximity to your opponent with lots of body contact. Jiu-jitsu can include anything from throws to strangle-type holds to prevent the opponent from striking.

Kung Fu. This form of martial arts derives from China. There are several fighting styles associated with this art form, such as acrobatic elements such as flips, jumps, and high kicks. Kung fu can be split into two schools: one focusing on arm work such as rapid, close-range punching, and those that concentrate on acrobatics, which involves kicks and leg work.

There is no standard way of setting belt rankings; this depends on the company or school alone. With many schools, including Tiger-Rock Martial Arts, there are usually certain levels or degrees the student has to go through to get to the next belt color.

Students are not just passed because of the time spent at a certain level. The instructor has to feel that the practitioner is taking each level seriously and showing improvement in all areas such as hand-eye coordination, reaction time, respect of opponents and authority, and so on.

Overall there are six colored belts in Taekwondo, and they are:

Symbolizes purity and the individual’s beginning of the new practice.

The seed is starting to see the sunlight. Yellow symbolizes the sun; the student is showing interest and wants to grow in practice.

The tree or plant is starting to develop and grow in strength. The individual’s technique is beginning to be refined and growing in power.

The tree is reaching for the sky. The student has passed the midway point and now focuses on breaking the board and sparring.

The sun has set. The first phase of growth has been achieved now; students must focus on self-control and communication. The instructor must assess that the student is disciplined and mature. 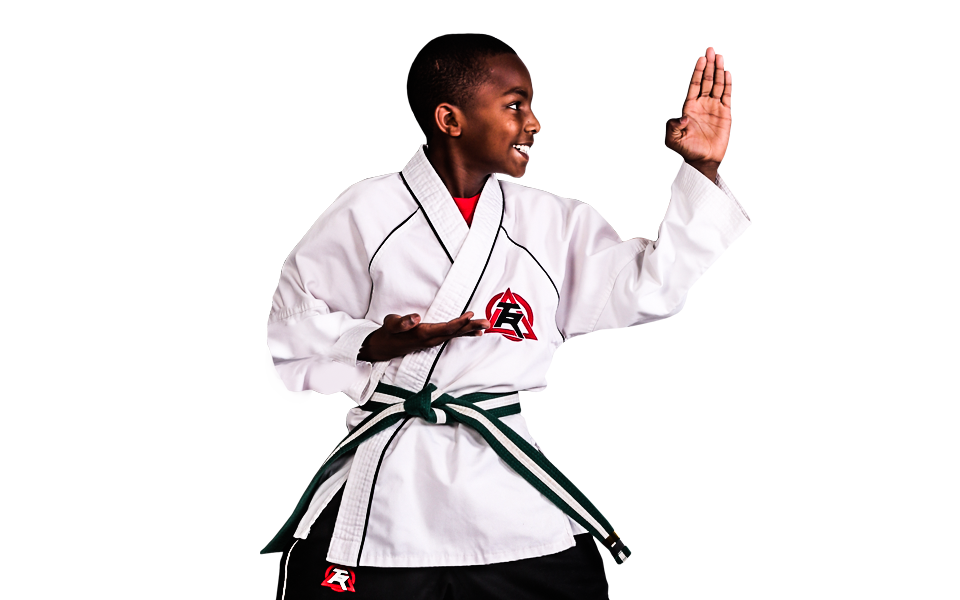 The student has reached full potential and now rooted in practice and ready to bring peace to the world through Taekwondo.