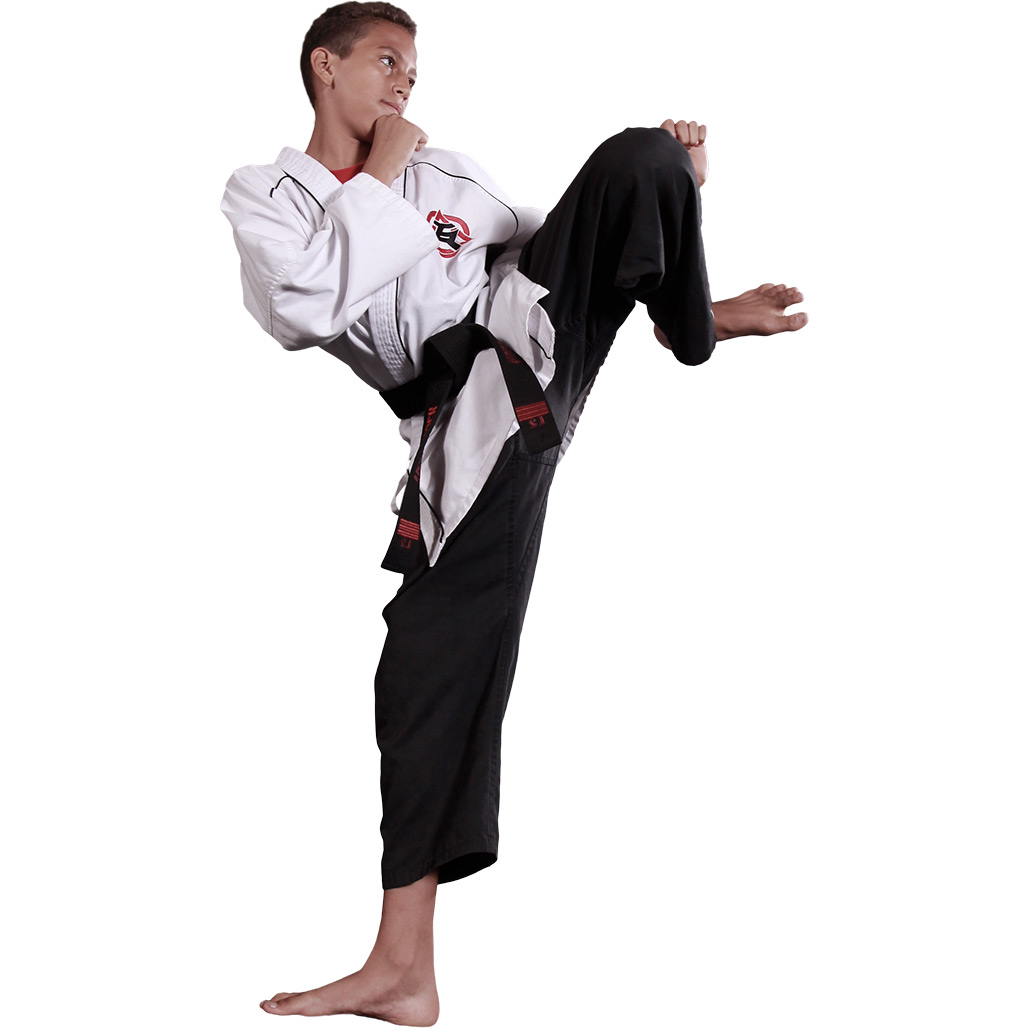 At Tiger-Rock Martial Arts, our training system has a foundation that is rooted in taekwondo, a Korean martial art. Developed after World War II in South Korea, taekwondo is based in various ancient Korean and Chinese martial arts traditions, as well as the Okinawan tradition of karate. Taekwondo, which means tae (“foot”), kwon (“fist”) and do (“way” or “way of”) is the most widely practiced martial art form in the world.

Taekwondo emphasizes head height kicks, jumping kicks, spinning kicks, side kicks, and striking. A major difference between taekwondo and karate is that taekwondo uses stances that are narrower and taller as compared to the broader stances normally seen in the latter. This allows for faster and more dynamic kicks, agility, and movement.

A lot of the kicking, striking, and sparring drills that you will participate in at our academy are based in taekwondo. These drills will help you improve your motor skills, coordination, dexterity, and flexibility.

Physical fitness is a major element of taekwondo. In fact, we integrate taekwondo-based drills with other martial arts calisthenics exercises and additional strength and conditioning drills to create a complete workout. We utilize both aerobic and anaerobic workouts in the Tiger-Rock system.

Taekwondo is defensive in nature. A major element of our training system is real-world self-defense training and counter aggression training.

Building character with taekwondo at Tiger-Rock in Sugar Land

At the heart of taekwondo is the development of mental and ethical discipline, focus, and self-confidence. Taekwondo is about character development, which is central in our Tiger-Rock system. Other tenets we teach on the Tiger-Rock mat include honor, humility, perseverance, respect, and loyalty.

Lessons in leadership and how to attain personal success on the mat and in life are also key parts of the Tiger-Rock training curriculum.

Tiger-Rock Taekwondo as a sport

Throughout the years, taekwondo has also developed into a competitive sport. At Tiger-Rock Martial Arts, we hold tournaments at the local, regional, and national levels throughout the United States. These tournaments represent competitively and learning opportunities. At Tiger-Rock Martial Arts, we encourage students to enrich their taekwondo training experience through the spirit of competition.

Click below to schedule your first visit to Tiger-Rock Martial Arts of Sugar Land!